A year later, Onésiphore Pecqueur was appointed workshop foreman at the prestigious Conservatoire des Arts et Métiers in Paris. His imagination and creativity took off in this hotbed of creativity. Not a semester went by without him revealing something new: a rotary steam engine – ancestor of the rotary engine – a plan for an atmospheric railway, an artesian water pump, a mechanism for making fishing nets in a single operation, a water circulation cooling system, a dynamometer and a sugar beet refining processor, which he industrialized in his own factory.

Onésiphore Pecqueur was a prolific inventor and a visionary whose theories quickly led to practical applications. By focusing on mechanical movements, Onésiphore Pecqueur was in step with the first half of the 19th century, awash with technical progress, the beginning of the railway and the use of the steam engines.

Of his many patented inventions during these prolific years, the one he filed on 25 April 1828 is the most amazing. It laid the foundation for a technique that would only be used fifty years later by one of the world’s leading automobile engineers, Amédée Bollée, in Le Mans.

Pecqueur proposed an improvement to the Cugnot dray (one of the world’s first self-propelling mechanical engines, driven by steam) by enabling it to turn. For this, he designed a mechanism that regulated the driving force by allowing the two wheels on the same axle to rotate at different speeds and, with that, Onésiphore Pecqueur invented the differential. 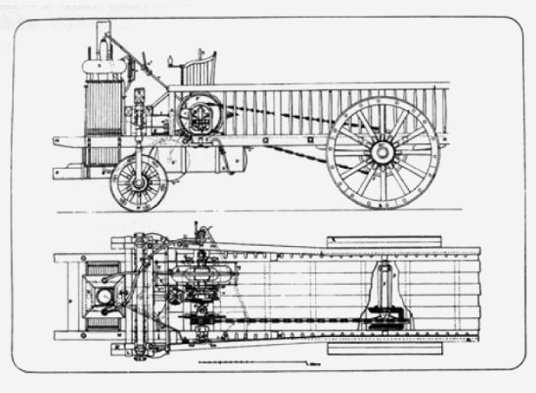