The first creations “engineered” by Pecqueur

The mechanical genius of this gifted apprentice was soon confirmed. During his apprenticeship, Onésiphore observed that neither his master nor the other watchmakers he encountered in Paris made full use of mathematics. He believed this was essential to improving mechanical movements and, in particular, smooth functioning of gears.

To test his theories, Onésiphore set about building an epicyclic gear. To do this, he invented a compass with which to draw ellipses. then, in 1815, he designed a new arithmetic machine. Three years later, he was awarded the Academy of Sciences’ silver medal for his unique mean time clock. This timepiece, which featured wheels with a limited number of teeth, showed his exemplary mathematical precision in displaying both mean time and sidereal time. No other watchmaker had achieved this.

Five years later, the insatiable Pecqueur presented his ‘regulatory pendulum’ for adjusting watches. All it took was to equip a deregulated timepiece with a pendulum gear so as to form a mechanical equation. The watch thereby acquired the normal motion of the regulatory pendulum and showed the correct time. Once again, the highly respected Academy of Sciences celebrated the quality of his work and presented him the gold medal during France’s 1823 National Exhibition of Industry. On this occasion, the watchmaker Abraham Louis Breguet, whose inventions and fame led France to become the benchmark of European watchmaking, publicly congratulated Onésiphore Pecqueur. 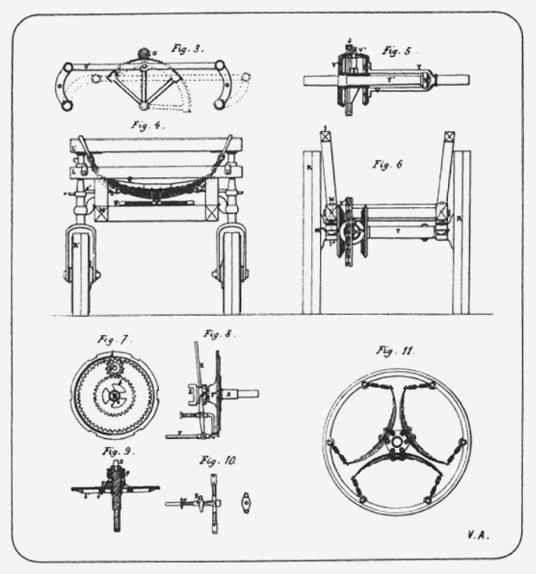 Pecqueur was a pioneer and a passionate craftsman who paved the way for sophisticated mechanics.